Why I am OK when my toddler throws a tantrum

Why I am OK when my toddler throws a tantrum

My last born, Cole, is 13 months old as I write this post. I suddenly realised just the other day, that he is now a toddler. He’s not a baby any longer. Slowly but surely, yet seemingly quickly, he learn’t about tantrums. They’re becoming more and more vicious, but shorter, by the day. This is why I am OK when my toddler throws a tantrum.

He just turned a year the other day, and when I think about it now, it’s almost as if it was an overnight change in him. He was crawling and being all baby cute the one minute and then throwing himself back and to the ground whenever he can’t get his way the next. He’s clever though, he throws himself back fast enough to make the point that it is a tantrum yet slow enough to not hurt the back of his head. From throwing himself back to now kicking and throwing his whole body around in a matter of what… a month?

How did this happen so quickly? And why is this happening? Here’s some perspective. He can’t talk. And he doesn’t quite understand why we (his parents) keeping telling him no and then taking whatever object it is out of his hand or moving him from the space that he wanted to be in. He can’t ask why, or beg us to allow him to do whatever it is that he is doing, so he throws his body around to tell us how he feels. Whether it is the space that he is in at that time or an object that he has, whatever it is, that is the most important thing to him at the moment in time.

Some situations may be more frustrating than others, and so the tantrum gets more vicious. The more he enjoys a particular object or space, the bigger and more vicious the tantrum is. This is the only way for him to communicate with us right now. From birth, crying was he way of communicating. And now that he’s a toddler, tantrums are his new way of communicating. I need to train him to be out of them by the time is able to properly communicate.

Do I believe this is possible? Well it’s worth a try. Don’t get me wrong, I certainly don’t expect him to be a child that doesn’t get upset. I mean, even we as adults get upset by things so how can I expect my toddler to be totally happy with every no that comes his way.

So, how do I prep before the tantrum? Well I know exactly when it’s going to happen. It’s always after I take something away from him and move him from a particular space. So I tell him in a nice, calm yet stern voice that he can’t have it or be there. He knows what’s about to happen. So when I remove him or the object, he screams and throws himself around. And I nicely tell him he can’t have it. I remain calm and I don’t work myself up.

Why do I respond in this manner? First of all, it’s not for him, it’s for me. There’s absolutely no point in me working myself up and getting upset about his tantrum. At the end of the day, toddlers are happy two seconds after their tantrums. But us as adults, we take a longer while to get back into a good mood. Regardless of where this tantrum happens, I could potentially spoil my entire day from being upset about one tantrum. And kids can feel when you’re tense, so it may just even bring about more tantrums.

The second reason is for him. If there’s anything I’ve learned in my short parenting journey, it’s that kids will take whatever attention they can get. The good and the bad. And, the younger they are, the more difficult they find it to differentiate between good and bad attention. I certainly do not want to get Cole in the habit of attracting bad attention.

So I’ve put together 5 steps on how you can get through your toddlers tantrum:

It’s important to know what triggers your toddlers tantrums so that you can “prepare” yourself for whats to come.

2. Remain calm through the storm

Easy to say but not so easy to execute, I know. But you know yourself and what calms you down, you’ve got approximately five seconds to do it. Perhaps try breathing exercises. I give myself a quick reminder of why I need to be calm and that helps me.

3. Do not try to reason with your toddler during the tantrum

As is with any human, it’s very seldom you can reason with an upset person. Let them calm down first.

This is only gives your toddler confirmation that the tantrum is getting the attention that it deserves. And I say it deserves it because theres alot of effort put into throwing a tantrum. If you really must, remove yourself from the space if it’s safe to do so.

5. Stick to your word

Don’t let your toddler throw a tantrum for a specific thing and you react differently each time. This is dangrous and can lead to a whole host of issues in the future, even when they are out of the tantrum phase.

So I’d love to know, what has worked for you and what are your survival techniques for your little ones tantrums?

Managed to cut my screen time in half last week. C

He wants to do evVrrythang on his own just like he 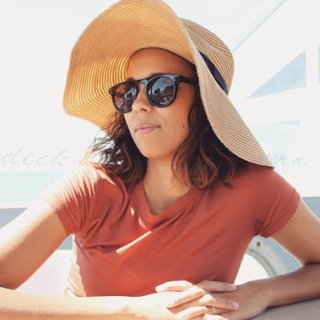